We have a soft spot for reds 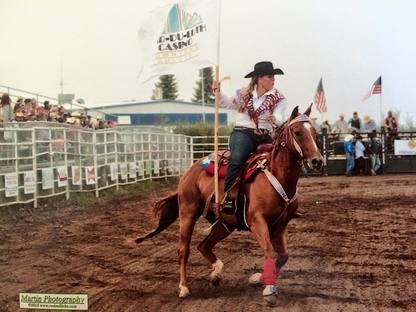 Liz has owned Cooper since March 2009. He was green broke when she bought him and he has turned into just a spectacular all around horse. He competes in all WSCA gaming events, loves trail riding, sorts cattle, loves to swim in the lakes, and is great with young kids leading him or even riding. He is a 3D barrel horse with only light riding/training.  He is a push style horse making it easy for any age rider to get on him and go! 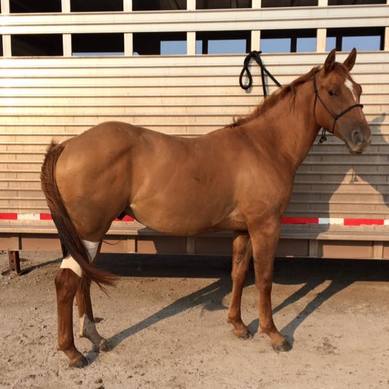 Hank is the horse Liz dreamed of owning for many years. He came from a ranch in ND that was going under and we were blessed enough to rescue him along with 8 others. He is grade due to the fact his breeder never filed a breeding report on the stallion for the last 4 years she was breeding.

Hank is a 2013 Red Dun colt with the pedigree to turn a barrel or cut a cow on dime. He is out of YGW French Joker (granddaughter of Frenchmans Guy) and sired by EVR Highbrow Olena (own son of High Brow Hickory). 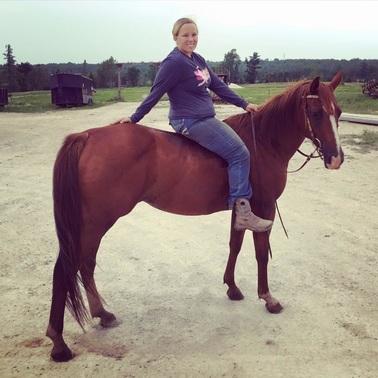 Sassy is a 2003 AQHA sorrel mare. She is a nice addition to our herd. She was previously just a trail horse but in 2015 she proved herself to be a great mare to use for gathering and sorting cattle. Liz is hoping to begin Sassy on barrel racing and pole bending in later 2016. 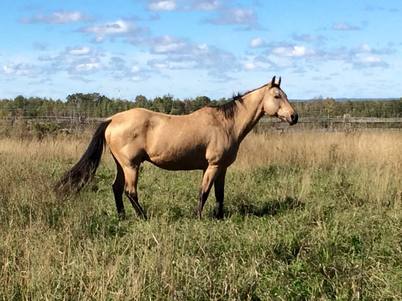 We rescued Boomer on October 2nd, 2015 from Ryon's Rescure Pen in Cannon Falls, MN. This was a completely random decision. Luckily we found his pervious owners who actually are from our local area. We learned a little about his past and are happy that he is a nicely broke horse. Aaron has claimed him as he own and is hoping he will be a good horse to use for gathering and sorting cattle.